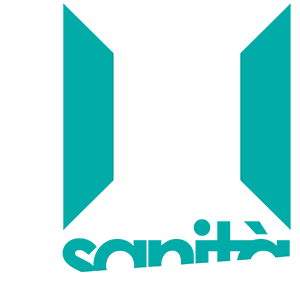 Davide Brandini leads the Public and Health Sector for Vodafone in Italy.
He is in charge of managing a dedicated skilled organization, operating across the entire Italian territory, through a direct and an indirect sales channel, fully dedicated to the Central and Local Public Sector.

Prior to this, Davide held the role of Italy Country Manager of Vodafone Global Enterprise (VGE), the business unit of Vodafone Group dedicated to managing communications and services of multinational corporations, responsible of leading the company’s sales strategy and delivering results within the MNC market in Italy.

Before, Davide held the role of Head of Inbound Sales - South Europe with the Responsibility of organizing and leading the Sales teams, developing and delivering the company’s Sales and Marketing strategy within the MNC market in Portugal, Greece, Malta, Albania, Turkey, Egypt, Qatar.

Davide has a degree in Computer Science at the University of Milano and a Master Degree at the London Business School.

Whilst studying for his undergraduate degree in Medicine, Giorgio Moretti (b. 1961) founded Quasar, a small company specialising in healthcare information technology, in 1982. This became the foundations of the Dedalus journey, which in 1985 took a successful diversion into financial software.

In 1990 he established a joint venture with Datamat, a major national company operating in the field of ICT for the banking sector, defence and space systems, to develop a product that would become a best-seller among financial intermediaries and asset management companies. From 1996 he initiated the MBO process at Datamat that concluded with the acquisition of Datamat from Banca di Roma in 1998 by the founding partners together with 3i, the largest private equity fund in Europe at the time. In 2000 the company listing process began. Between 1998 and 2005 Moretti was Managing Director of the Banking and Finance branch, a department of 850 employees operating in Italy and abroad with revenue of around €100 million. In 2005, together with longstanding partners, he secured the sale of Datamat to Finmeccanica and straightaway pursued an MBO of Dedalus, a sector of Datamat, ending 20 years of professional activity in the banking and finance sector and returning to the very start of his career trajectory: healthcare information technology.

Since 2006, Giorgio Moretti has overseen the national and international expansion of Dedalus as Chair and CEO by partnering with successive private equity funds of diverse locations and attributes, progressing towards the buyout of more than 50 companies until the acquisition of Noemalife in 2016, the moment in which Dedalus became the industry leader in Italy and co-leader in France.

Since 2016, together with the other shareholders, Europe’s largest private equity fund Ardian has pursued a strategy to transform Dedalus into the European industry leader. In 2018 Giorgio Moretti assumed the role of Executive Chairman of the Dedalus Group, leaving his operational posts in various national companies and dedicating himself to product development and international M&A activities. In 2019 he finalised the acquisition of selected IT solutions from AGFA, the Belgian multinational. Then in July 2020 he signed a binding acquisition agreement for the corresponding business sector of DXC, the American multinational and one of the biggest global systems integrators.

Following various business deals conducted under Giorgio Moretti’s leadership, Dedalus has evolved from 80 employees in Italy to 5500 employees in 40 countries, 2000 of which work in R&D, and from revenues of €7 million to €700 million, breaking numerous records. Dedalus is the undisputed leader in Europe and in the world outside of the United States in hospital and diagnostics information systems, excelling particularly in Germany, Italy, UK, France, Austria and many others with a product range unique on the world stage. It is also a rare example of a European success story in one of the global, strategic industry sectors.

From 2009 to 2017 Giorgio Moretti was pro bono Chair of Quadrifoglio, then Alia, municipal enterprises managing environmental hygiene for the Florence city region where he led the creation of an interprovincial consortium of five local companies to form an organisation of more than 2400 employees, with revenues over €300 million, winning a twenty-year tender worth €6 billion.

In 2010 he supported the launch of the ‘Angeli del Bello’ Foundation, of which he is still Chair, comprising of Quadrifoglio and the Palazzo Strozzi Business Partners, which organises voluntary work providing care and attention to maintain the civic beauty of Florence. The foundation is an outstanding example of a municipal public-private partnership, with more than 3500 volunteers in Florence, and has inspired the launch of ‘Angeli del Bello’ affiliate associations in many other towns and citie